How One Mom is Ending the Stigma Behind Cleft Palate Diagnosis 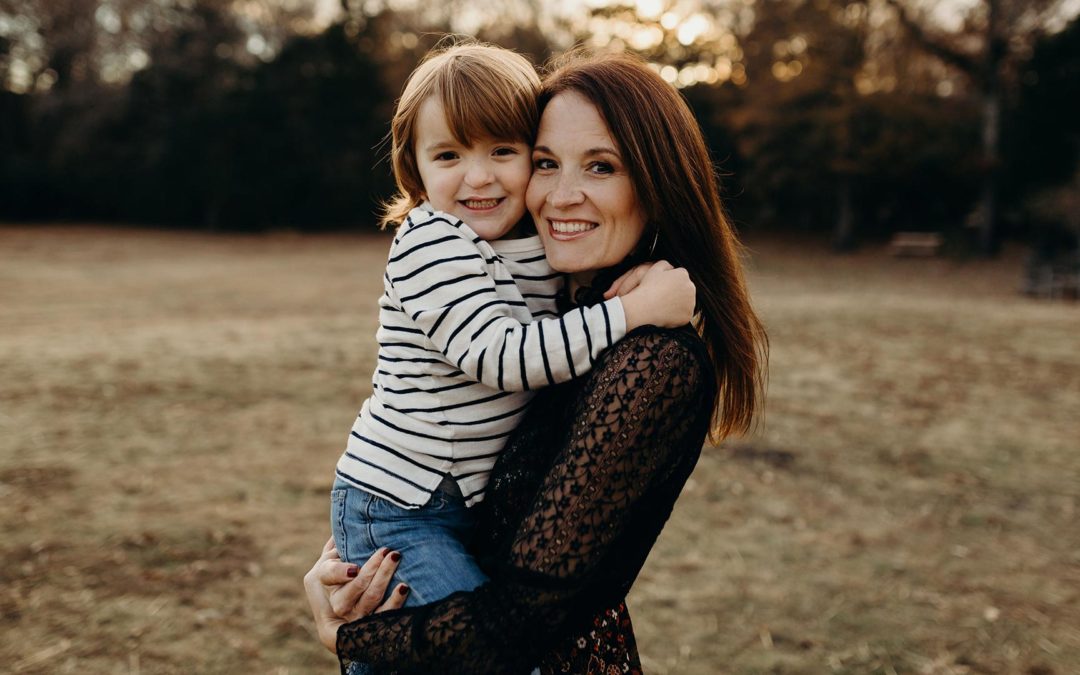 Nineteen weeks pregnant and walking into her first official sonogram, Meredith and her husband had no reason to believe that the appointment would go unexpectedly. They already had two children prior and neither of them had any issues during the pregnancy. But all of that changed with four small words, “Everything looks great, BUT…” Mind racing, Meredith began to wonder what would come after the dreaded “but.” The nurse continued, “Your baby appears to have a cleft lip and possible cleft palate.”

July is National Cleft and Craniofacial Awareness month. A cleft palate occurs when the tissue in a child’s face and mouth does not fuse properly. Interestingly, cleft palates are the fourth most common birth defect with 1 in 700 children being diagnosed. Causes for this condition are not entirely known, but are typically linked to genetics or malnutrition. For this reason, a FALSE stigma surrounding the condition is that it is a “poor” person’s condition.

Be Honest about your Fears.

Shocked by the news, Meredith’s mind began to wander. How would she face this diagnosis? Would her child live a difficult life? Meredith honestly shares, “This wasn’t a journey I wanted to take and I don’t think my child would have picked it either, but here we are.” Meredith shows that honesty and vulnerability are so important in coping with this type of diagnosis.

Allow yourself the Time to Process.

Like many who face this type of diagnosis, Meredith’s journey to acceptance was difficult and full of uncertainties. At first, she struggled to accept her son’s diagnosis, making it difficult to share the diagnosis with her family and friends:

“To be honest, when I faced my mother to tell her the news, I crumbled, the tears just flowed uncontrollably, not because she would be upset, but the weight of things was starting to hit me. This would not be a normal pregnancy or a normal childhood journey.”

“I [also] remember telling my closest friends, but not until several weeks after the diagnosis. I needed time to process, shed tears, and move forward.”

Despite her fears, Meredith’s family and friends were incredibly supportive and assured her that everything would be okay. She was even put in contact with a fellow “cleft” mom who was a few years into the journey with her child who also has a cleft palate. She encouraged her by stating: “You have a beautiful blessing growing inside you, don’t let this diagnosis steal the joy of carrying the child, embrace the movement of him and watching your tummy grow.” With this advice, Meredith was able to rejoice in the miracle and find joy in the midst of the pain.

Related: One Mom’s Advice to a Parent Who’s Just Received the Down Syndrome Diagnosis

The Stigma surrounding the cleft palate diagnosis is real, but it’s misguided.

While attempting to gain better knowledge of her son’s diagnosis, Meredith stumbled upon some heart-breaking information:

“The internet can be a great resource but also a cruel reality. I needed time to process and just sit with it for a little bit. I did finally do research and my heart broke to find out many children with this diagnosis in-utero are terminated. I do not know the complete circumstances around these choices, but I would never hope that someone would deem my ‘cleft’ child not worthy of life.” 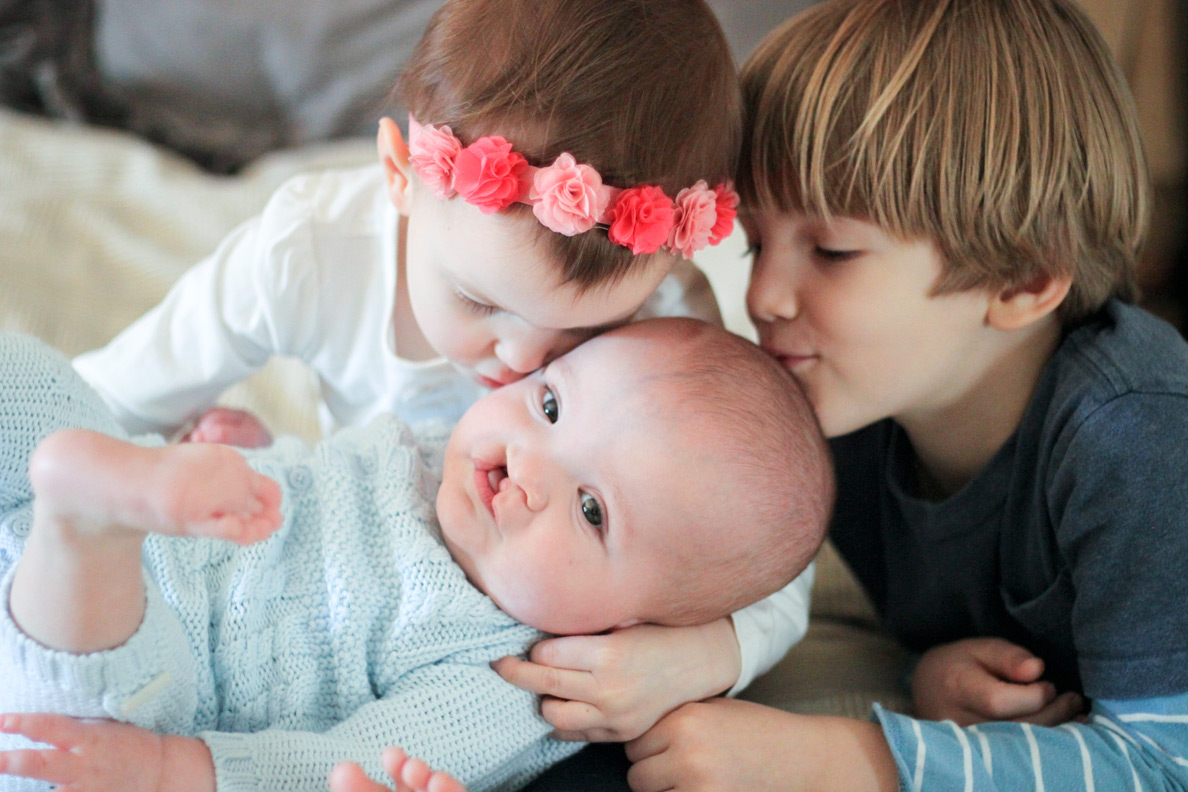 The rate of abortion based on a cleft palate diagnosis is less known in America, but studies indicate that the rate is between 13 percent and 55 percent.

This statistic is shockingly high given that the condition isn’t typically diagnosed until 20 weeks. To Meredith, this was unthinkable–her child and others like him were worthy of life.

Related: Meet the Man who is Changing how Millions See Down Syndrome

The Journey may not be Easy, But it will be Worth It.

But life didn’t magically become easier once her son was born. Meredith shared with us the medical difficulties and financial burden that came along with having a child with a cleft palate:

“This is not a one-and-done kind of surgery or journey, this is a marathon. These children go through multiple surgeries, taping of the mouth to keep specific molding appliances in (known as a NAM), syringe feedings, arm restraints, years of speech therapy, bone grafts, palate spacers, orthodontic care and so on…”

“It was hard to watch the world move on, friends take vacations, the endless trap of social media perfectionism, all the while sitting at home covered in a mountain of medical debt mixed with breast milk that your little guy shoots from the large gaping hole in his mouth and nose.” 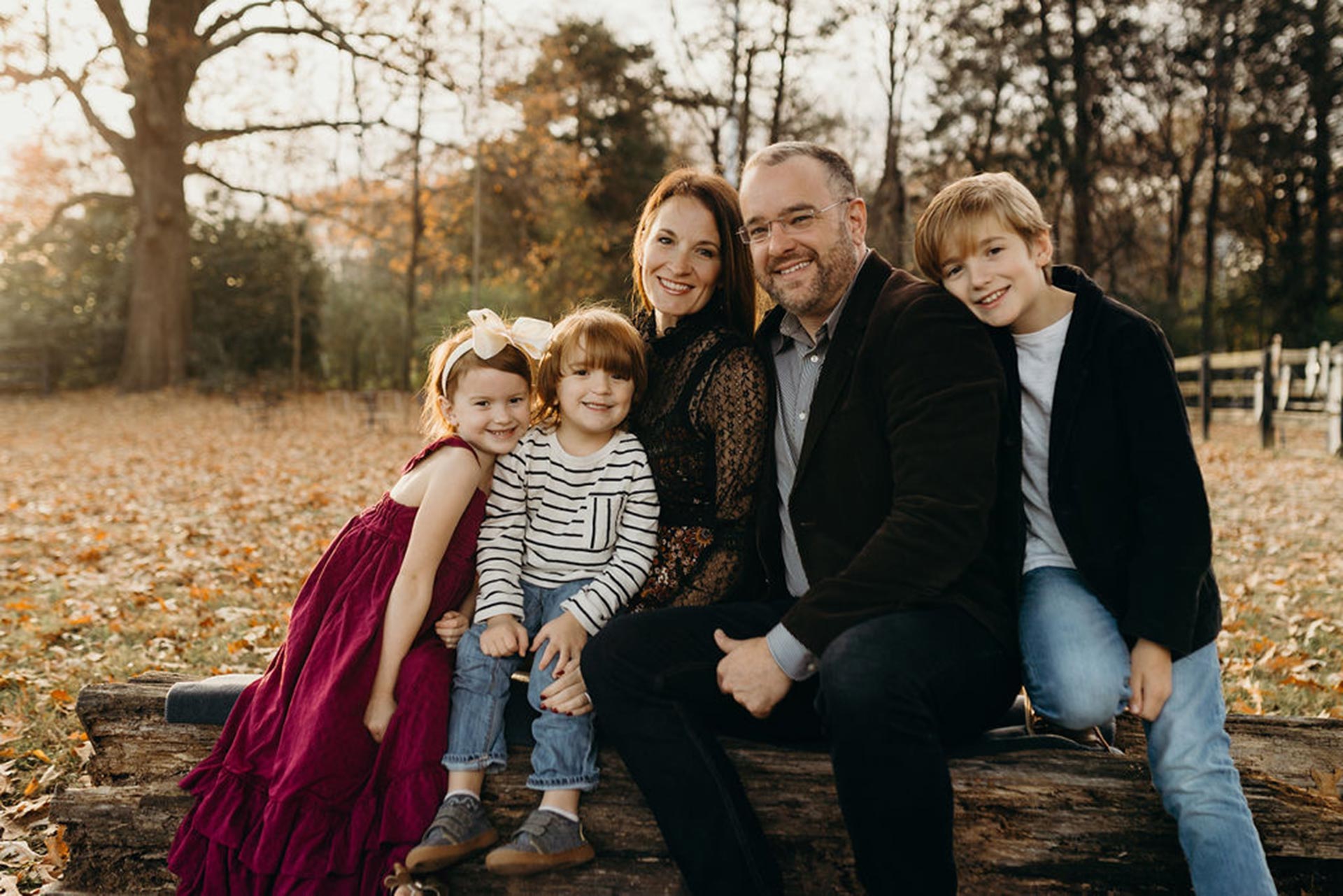 Despite the difficulties of raising a child with a cleft palate, Meredith shares the joy she has experienced because of her son:

“How do you properly describe the breathtaking view from the mountain top if you don’t go through the valley first. The journey from diagnosis to his first 2 surgeries within his first year of life was definitely filled with valleys.”

“Yet here I sit, on the eve of his 5th birthday and he’s come a long way in this detour of a perfect journey. And because of the valley, the precious scar on his lip, I see the goodness of God because He has walked every step, provided every resource, and fashioned my little boy better than I could have ever imagined or dared to dream.”

Walking through the valley, Meredith learned to embrace the journey with her son. She says:

“Who likes perfect? There’s perfection in the mess, in the mundane, in the hard clefts of life. I pray that my son’s smile brings joy to those around him, because God uses the most unlikely to do the most profound!”

Today, Meredith is deeply involved within the cleft palate community and is striving to end stigmas surrounding the diagnosis. Additionally, Meredith often donates a portion of her photoshoot session profits to a family with a child born with a cleft to help with medical expenses.

Related: An Open Letter to My Daughter with Down Syndrome

Because July is National Cleft and Craniofacial Awareness month, Meredith and a fellow “cleft” mom have hosted an event this month for families in the Midsouth and surrounding areas with children born with Clefts and Craniofacial abnormalities. She writes: “This day is for the children and families to celebrate how awesome you are and that you’re not alone in this journey- there are a lot of us out there. To know you belong when you were born different is a beautiful thing- we are #cleftstrong.” You can find out more on Meredith’s Instagram here. 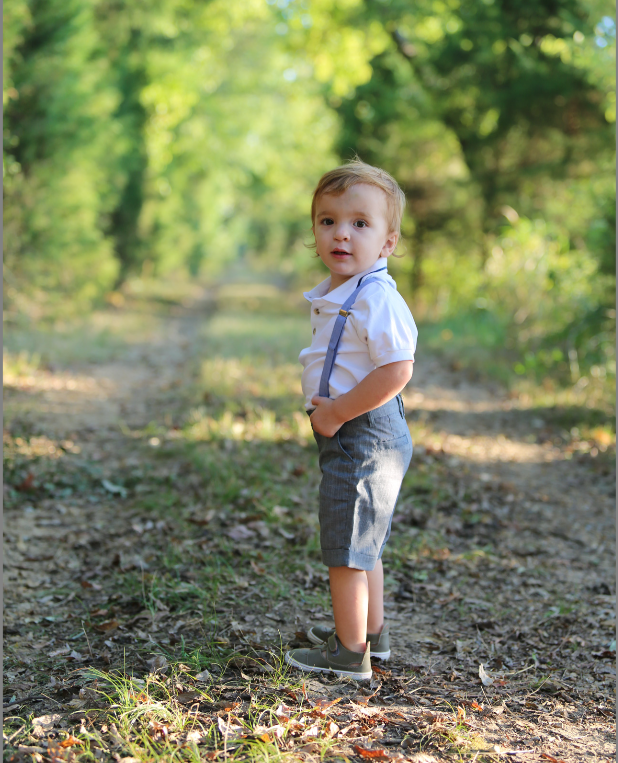 Going through a cleft diagnosis can be an overwhelming and emotional time in life. Whether you or a loved one is going through a cleft palate diagnosis, you are not alone. Below, you will find Meredith’s list of books and online support groups to help you through this journey:

All in all, Meredith’s message is this.

The cleft palate journey may be overwhelming and full of uncertainty, but children diagnosed with a cleft palate are worthy of life.

Riley Akre is the Assistant Producer at Voices for the Voiceless, the movement to create a world where every person is valued and no one faces unplanned pregnancy alone. If you’ve gone through a similar situation as Meredith and would like to share your story, you can reach Riley at riley@vftv.org. To see more of Meredith Smith’s journey, follow her Instragram here. 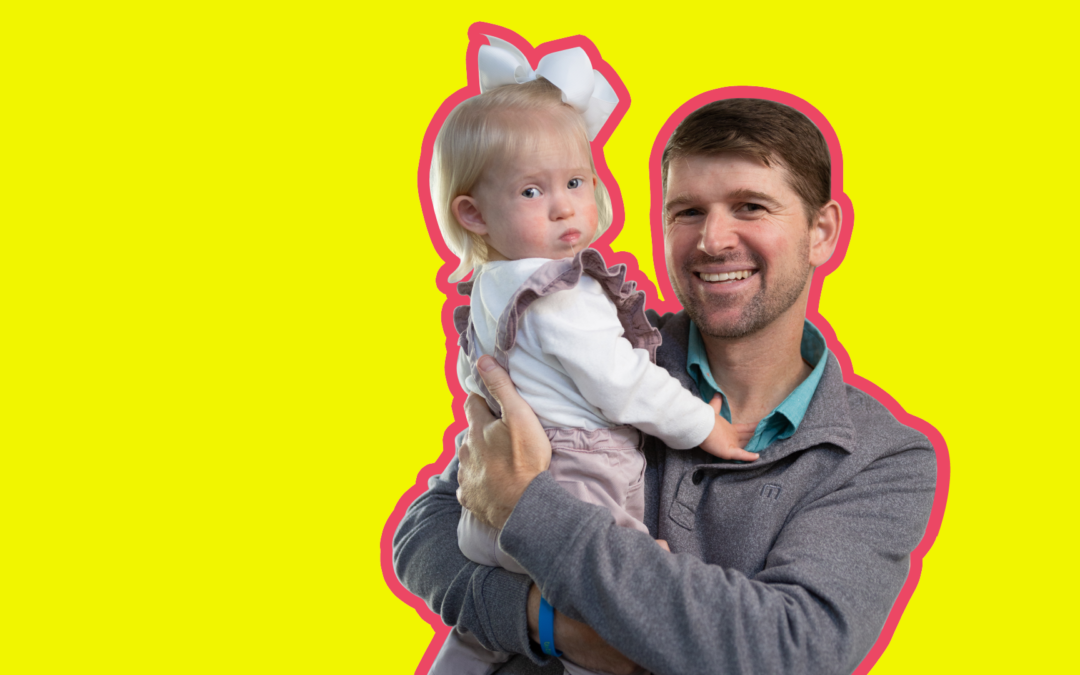 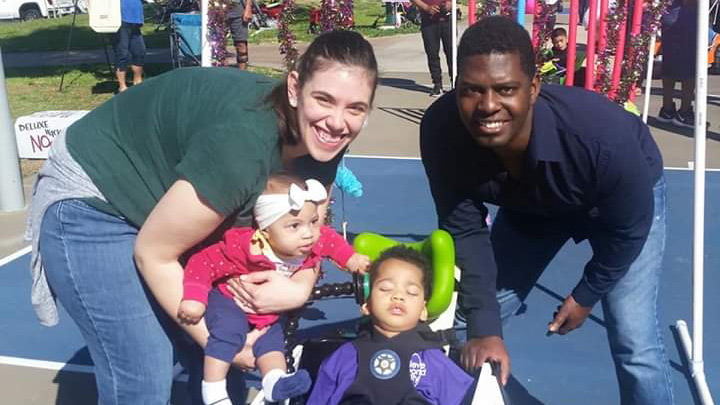 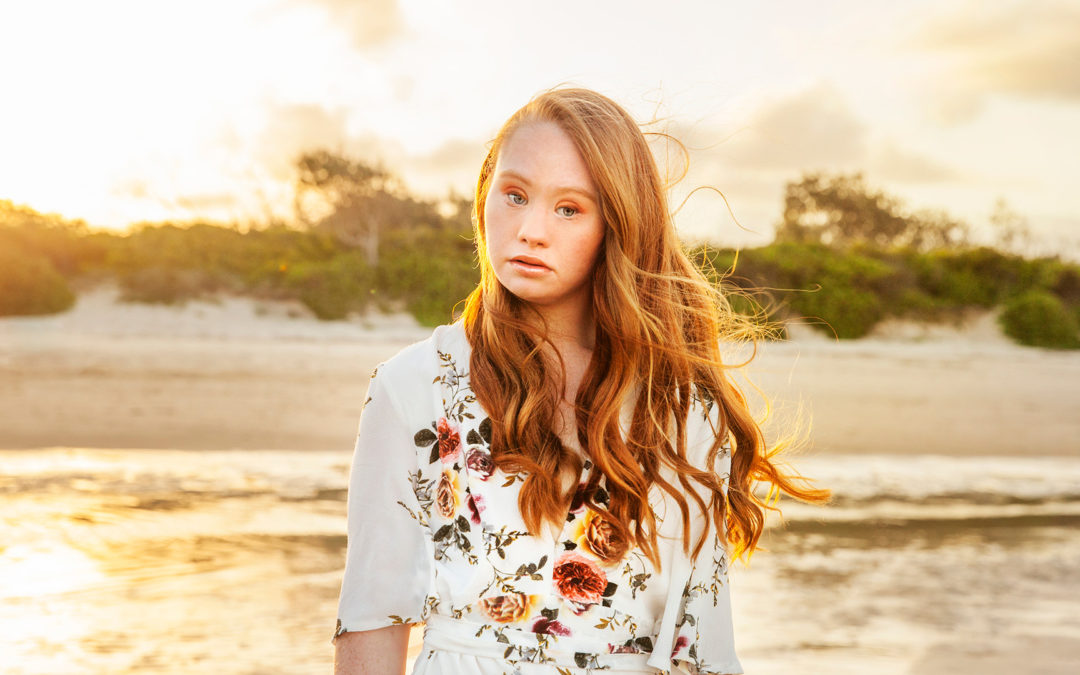