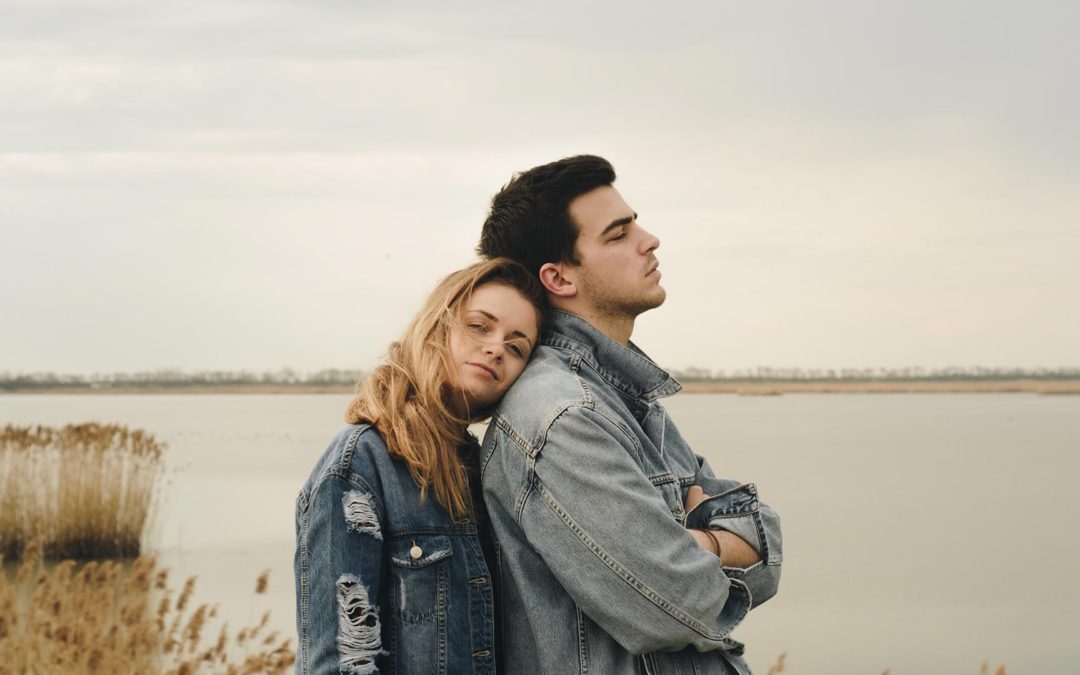 You’ve got a career ahead of you, big dreams, an education you’re midway through, and no plans to settle down. Or maybe you didn’t feel so on-top-of-the-world before those two words sent your already crumbling life crashing down on you — because $80,000 in student loan debt and just trying to make rent wasn’t a big enough problem.

Here’s a few things you need to remember.

First, breathe. In the words of Chris Pratt, “If you don’t, you’ll suffocate.”

Second, you’re not alone. I interviewed 4 young guys who faced the same dilemma.

Reid was a 17-year-old Christian high school student boosting his resume to attend West Point for college when his girlfriend called him on the phone to break the news. It was just one time. He was in disbelief.

Marcos was a 19-year-old high school dropout who grew up with an abusive father. He had little direction in life when his girlfriend took the pregnancy test. He thought this might be his chance to get serious about life.

PJ was a sophomore football player at the University of North Dakota with NFL dreams when his sort-of girlfriend broke the news. He bought her 6 pregnancy tests just to be sure.

Ernie was a 20-year-old first generation American enjoying life and in a great relationship he really, really wanted to work out when his girlfriend told him. He was excited, but he worried this would be the end of their relationship.

Over the course of their interviews, these guys shared 10 pieces of advice for guys facing the same moment you’re facing right now.

“I told her, ‘I love you. And I care about you now more than ever because my kid’s in your stomach. I just want you to know that we’ll make it through this. I’ll be there to help you out. You’ll love me, I’ll love you, no matter what anyone says, it’s you and me now, so let’s do this. Let’s make something out of this.’” -Marcos

2. Let it sink in. You don’t have to decide today.

“We took time to just let it sink in. I woke up the next day and asked did that really happen? Was yesterday just a dream? It took a while to click, but then it was like, ‘Yes, it really happened. We’ve got to make a plan.’” — Ernie

Don’t panic. There’s no shot clock on this one. Have that first conversation and give it some time.

3. Take the heat together. Offer to go with her to tell people she cares about.

“She reminded me that it was going to be hard, and we were going to have to take a lot of criticism, and we did…It was hard for her and I did feel for her, and I would get frustrated because of the way people would reject us. She would be sad, and I was feeling her pain.” — Marcos

“She didn’t want to break [the news] to her parents. I wanted to respect that…Her dad didn’t find out until 5 months. She went from wearing her t-shirts to [wearing] mine to hide the bump every time he came over. She was like, ‘What’s he going to think?’ It was random the day her dad found out. We were eating at the table, and she just said, ‘Dad, we’re pregnant.’” — Ernie

You might worry about what other people might think. Depending on the expectations of the people around you, you might even get looks or lose respect.

But you’ll never experience half the rejection she will. She’ll get it from parents who thought she knew better and friends who think she’s throwing her future away. And she’ll risk her own reputation every time she breaks the news to someone.

Guard her reputation and take the criticism with her, so she knows she doesn’t have to bear it alone. Let her know you’re willing to accompany her to tell her parents and other people she cares about. The offer will mean a lot, even if she says no.

Related: Surprise Pregnancy? How to tell the guy you’re pregnant.

4. Figure out the relationship thing later.

“I’d already seen several relationships that were tested collapse. All these people dating, then they had kids and they just didn’t last. There was a little bit of fear there. I just thought, ‘What if this is a deal breaker that applies pressure on what we’ve been waiting for?’” -Ernie

When you’re standing by her, you’re not committing yourself to holy matrimony for the next 50 years. That’s another decision entirely.

And if you’re in a great relationship and concerned that this situation will ruin what you have together, know this too—with the right mindset, unplanned pregnancy can bring people who really love each other together. It doesn’t have to tear them apart.

5. Ask people you trust. (As you would with any major life decision)

Break the news to people who care about you and give good life advice. Seek them out.

And don’t write people off. In Reid’s words, “Don’t miss out on all the extra support.” Some people who really care may take a moment to get over their initial reaction, but give them a moment to get used to the idea, and you may experience some of the most dedicated backing you’ve ever known.

6. Be honest about how you feel (when the time is right).

“What if I would’ve just left? I can’t imagine what a woman goes through having to deal with all of that by herself. It made me want to step up my game and make that transition smooth until the day my daughter came.” — Ernie

When the timing is right, you should tell her how you honestly feel.

That is, listen to understand, ask perceptive questions, and be there to help process her thoughts and feelings. But don’t count yourself out of this conversation. Passive silence isn’t empowering. Share what you honestly think about your options. She’ll be most empowered by dedicated encouragement, patient listening, and honest thoughts.

“So we go get a pregnancy test. She had already taken one, but I didn’t trust her. I thought she’d probably got a fake one and wanted to have the baby by me. We get another box of pregnancy tests, and we go into my house…Jessica’s crying and very distraught. I tell my mom, ‘She’s saying that she’s pregnant, but I don’t know.’ So we got 6 pregnancy tests…I’ve never felt so small because I knew my life was going to change forever.” -PJ

“At that time, you want to be a support system. I was smart enough not to investigate. So I just said great. That’s how I felt in the moment, but I wondered how am I going to tell my parents. The expectation was marriage, then children. Everything was crossing my mind.” — Ernie

When she breaks the news, questions flood your mind. How? When? Where? And the most important one: is it mine?

Legitimate question, but let’s talk about that one. It’s possible she’s not being honest. But let’s face it. She deserves the benefit of the doubt.

If she thought it was worth exchanging this life-altering and reputation-transforming information with you, it’s probably yours. Suffocate the urge to interrogate her with a million questions with a friendly platonic hug and proceed from there. You can figure out the rest later.

“When we were about to meet with the abortion provider, I remember she was telling me she felt like it was the only option and I remember agreeing with her, because I couldn’t imagine life with a baby, and I knew that she had these crazy goals in life and I knew that her life would be drastically different….[It’s] something I regret saying.” — Reid

It might feel like you’re hemmed in more than you’ve ever been before, but you have options. Unplanned pregnancy isn’t a simple problem. Each option comes with a unique set of physical, mental, and emotional ramifications. It’s a complex situation that merits careful thought and thorough discussion.

If you feel cornered, take your time. You don’t have to make a decision today.

9. If You Had a Poor Experience with Your Own Father, Consider This an Opportunity to Be Someone Different.

This could be the first time you’ve ever legitimately considered fatherhood. If your experience with your own father only brings back painful memories, this is, no doubt, especially difficult. If that’s the case, you may need to reach pretty far beyond yourself to make an informed decision. But it’s possible. Take it from Marcos: “If you’ve never had support or love, use this occasion to give what you never received. Always be there to help. Make good come out of the situation.”

10. Don’t Run Now…Thinking You Can Come Back Later.

“Many men run and spend years trying to run right back to build relationships with the child later. It can be overwhelming and scary. Stay in your shoes and don’t run from the situation. Think it through. She’s going to be raising your child, and there will be a lot of tough times if she’s on her own. Consider working the relationship out because it’s not the end of the world. It really isn’t.” — Ernie

This moment is big. She’s putting herself out there, and how you respond matters forever. Taking the time to gather yourself now and stand by her now will give you more options in the future.

Feel free to access standbyheraz.com, an independent network in Arizona of high-quality, affordable women’s health clinics providing a safe space to talk through your options. 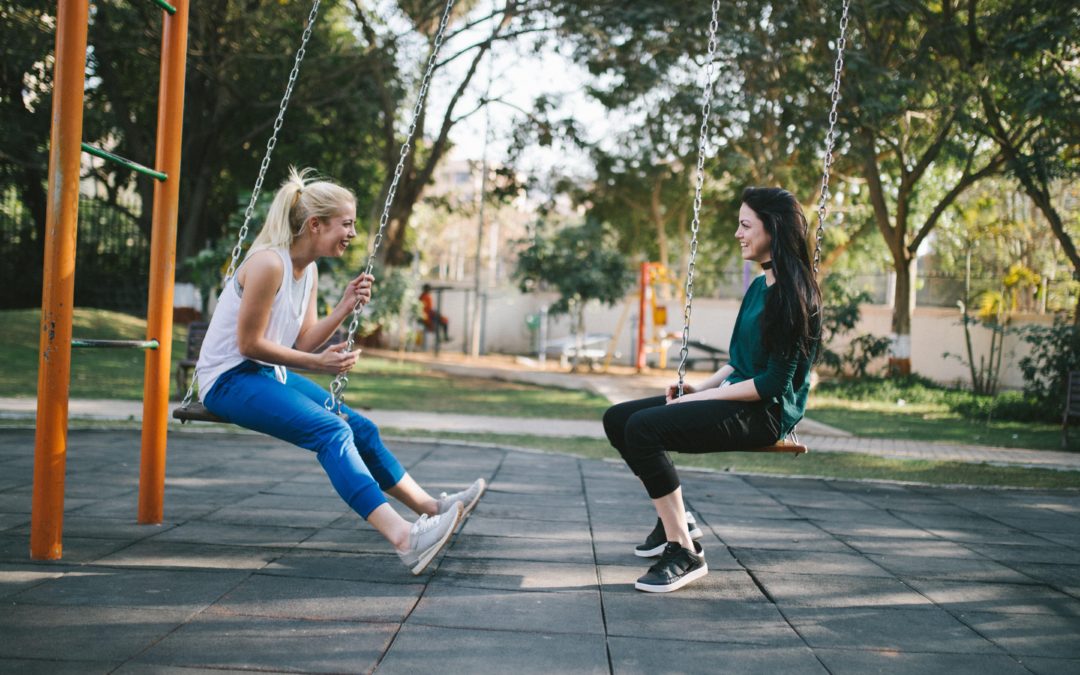 5 easy first steps to help you make a real impact and #standbyher in 2020. 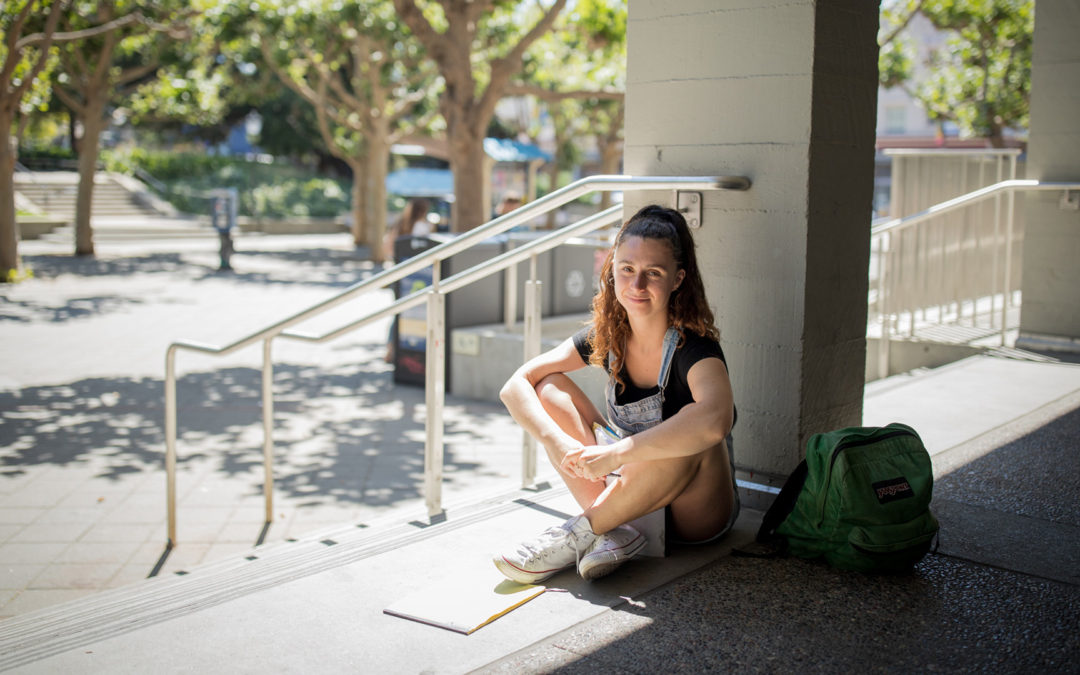 How to Make Your Campus Pregnancy-Positive

Confessions of a Pregnant/Parenting Student & How You Can Help